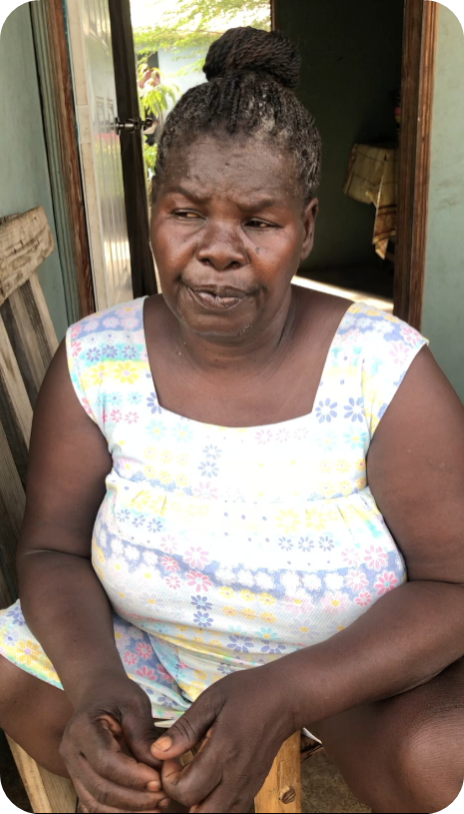 Rosena Paul is a 64-year-old widow with great responsibilities. As the mother of 6 children and grandmother of 4 grandchildren she is devoted to caring for family. Like many in her village of Dumas she and her family lived in inadequate and unsafe housing. Like a ship captain, Rosena speaks about her old home as a “she”. Her comments mingle gratitude for some form of shelter and the difficulties associated with it. She told us,

“My front of the house was holed. She wasn’t mine, I praised her. Living in such a house with children during the rainy season is the worst thing that can happen to anyone.”

The rainy season in Haiti is typically April through October; seven months of the year. A home with a leaky roof is a significant problem. Rosena, when she was told she would be receiving a Hope for Haitians home for her family was overjoyed. She told us,

“When I was selected to benefit this house, I did not know where to put myself, I was so happy. I moved in long before it was over.”

Her moving in, even as the home was being completed, points out how much she couldn’t wait to get out of the situation where she had been trapped. Rosena was not alone in her happiness, one of her daughters shared the following with us, 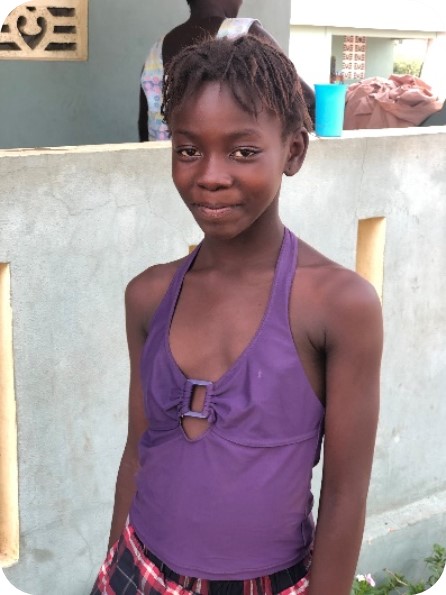 “Hello! I would like to thank you for this house. I didn’t really like the first one. It made me uncomfortable taking my classmate’s home. But in this house, I feel better. I would like to be a doctor after my classical studies because very often members of my family fall ill but for lack of economic means they remain with their ailments. Once a doctor, I could help them better.”

It is remarkable how many children have dreams of helping their families and communities. Setting them up in a safe home and helping make sure they have the opportunity for education is a powerful way to help change the narrative of Haiti. Our donors help us change it from a story of tragedy to a story of Hope.

Mikerline Compere – Viard Mikerline Compere is a married 32-year-old resident of Viard in Northern Haiti. She and her husband Renaud Lagguerre have five children, 2 boys and 3 girls. As anyone with a large family knows keeping track of 5 kids is a fulltime job. Some...

END_OF_DOCUMENT_TOKEN_TO_BE_REPLACED

Justine Telfort – Dumas Justine Telfort lives with her sister Rosenie in Dumas located in rural northern Haiti. These two single mothers are raising 5 children between them. The fathers of the children partially pay for tuition and provide food sometimes. Day to day,...