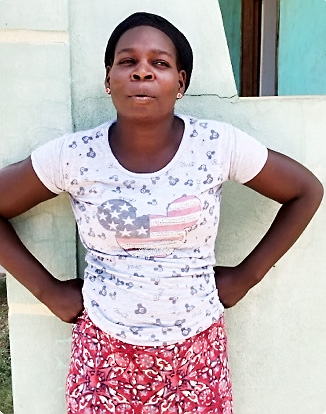 Gueline Jean knows hardship. As a 40-year-old single mother with two boys, she is challenged every day to make ends meet. Ask any single mother and you learn that even simple things become more difficult when you must take care of everything alone.

Her former home, located in the town of Viard, was a dilapidated one room hovel. In our modern times we often think that hovels are the stuff of the Middle Ages or old fairytales. For Gueline it was daily life. Dirt and stick walls, mud flows and a leaky tin roof. Unfortunately, this type of dwelling is common in the small villages of rural northern Haiti. Gueline shared with us about her living conditions,

“In my old house, there were several of us in one room. It was quite difficult for us during the rainy periods. Today, I am more than happy to benefit from this house.” 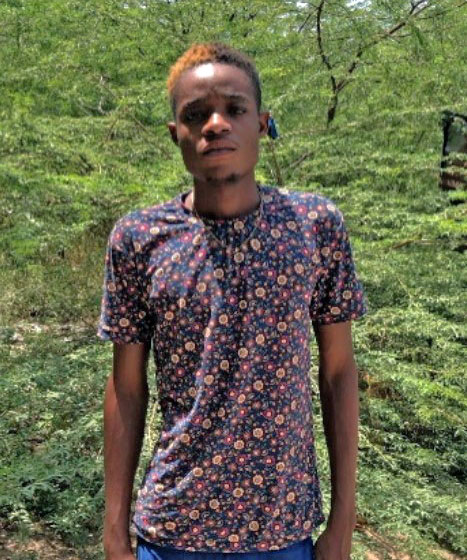 Her understated comments are typical for someone who has known hardship as a part of everyday. A young man Alix, son of Ramise Austin a neighbor who lived in a similar home nearby lent more detail to what “quite difficult during the rainy periods” really means. He shared,

“We lived in a rather difficult situation in a house with holes where we had to stand when it rained. Today we have a more secure roof over our heads.”

For Gueline and her two boys, the new home provided a new path forward. She works from her home as a trader, running a home grocery store in her community. Her two boys have a safe dry place to sleep. The older of the two has a better place to do homework for school where he is currently in the 6th grade. His younger brother will be able to follow in his footsteps when he is old enough for school himself.

Gueline’s young neighbor Alix had kind words for those who have made this difference in his community. He wanted to tell all our supporters “I congratulate you and encourage you to continue this momentum.“

Wilna – Pistere Wilna is a 36-year-old mother of five children living in the village of Pistere in Northern Haiti. The home her family lived in was described by one of her children in this way, “Our house was really deplorable. She was leaning, some side was...

END_OF_DOCUMENT_TOKEN_TO_BE_REPLACED

Siliane - Dumas Siliane is a resident of Dumas in northern Haiti where she lives with her four children ages 2-13. Prior to encountering Hope for Haitians, Silane was renting a home. The property, like many in the area, was in poor condition with a leaky roof. This is...

END_OF_DOCUMENT_TOKEN_TO_BE_REPLACED

Rosena – Dumas Rosena is a 64-year-old widow with great responsibilities. As the mother of 6 children and grandmother of 4 grandchildren she is devoted to caring for family. Like many in her village of Dumas she and her family lived in inadequate and unsafe housing....